As of October 28th, the risk of West Nile Virus in Newton was reported as “Moderate.”  The EEE risk in eleven towns in western Middlesex County (including Framingham, Sudbury, and Wayland) was either “Critical” or “High”.  The EEE risk in Newton and most surrounding towns was “Low”.  Lincoln, Weston, and Natick were at the “Moderate” risk level. Twelve Massachusetts residents have tested positive for the disease, and three people have died. Each summer, the Massachusetts Department of Public Health (DPH) tests mosquitoes to see if they are carrying West Nile Virus (WNV) or Eastern Equine Encephalitis (EEE or “Triple E”).  According to DPH, these viruses “can cause illness ranging from a mild fever to more serious disease like encephalitis or meningitis.” DPH posts the test results on web pages that assign a category (ranging from “Remote” to “Critical”) to the risk posed by each virus in each community in the state.

The maps shown below are updated once a week. This link opens the DPH web page with the most recent risk maps. 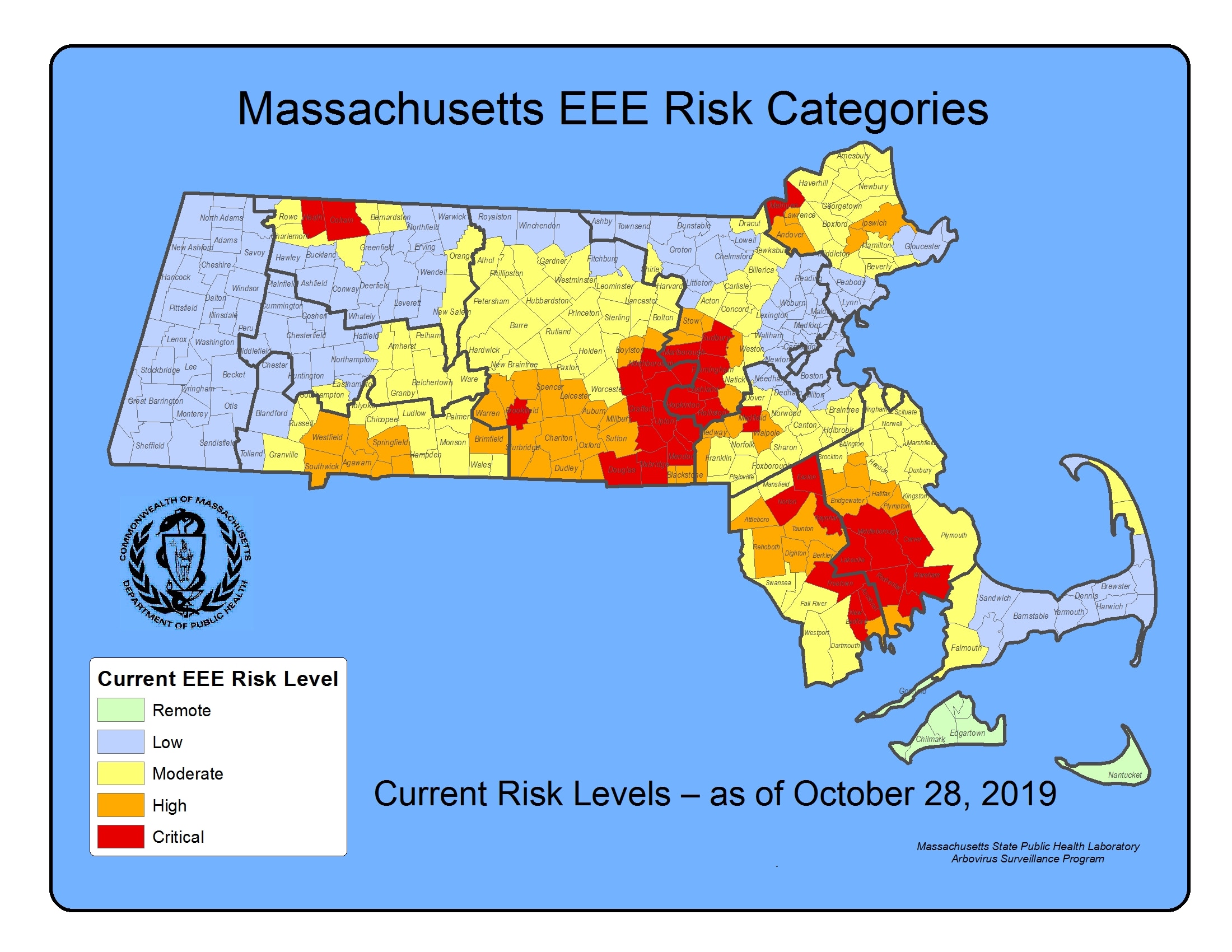 In Newton, the risk for EEE hasn’t risen above “Low” in recent years.  However, WNV risk in Newton is more variable, and reached the “High” level by late summer in 2016 and 2018. As the risk level increases, the set of recommended prevention steps changes.

This is a new popup

Credit: Magnolia1000 from Canada, CC BY 2 via Wikimedia Commons

Let us know how we can make Newton Conservator’s website better or tell us what you cannot find.